Initial site visits for Dig/Dug City were undertaken in June of 2021, the time of which a site was chosen, tests measuring soil conditions were initiated, and a small-scale prototype was erected testing the permanent and weatherproof application of recycled paper as the primary construction material for thin-shell domes. Fabrication of the prototype was executed by a small crew of three and began by digging a hole with an eight-foot diameter and four-foot depth. Next, that hole was laminated using strips of Builder’s Paper and Ram Board soaked in non-toxic waterproof wood-glue rated type 1 for resistance against water. The cast was then monitored for two days while drying within its mold. Once fully hardened, it was removed, coated in three additional layers of waterproof glue, and flipped over the top of the initial hole to create a shallow habitable space, where it is currently being monitored to observe its durability and stability over the course of one year. 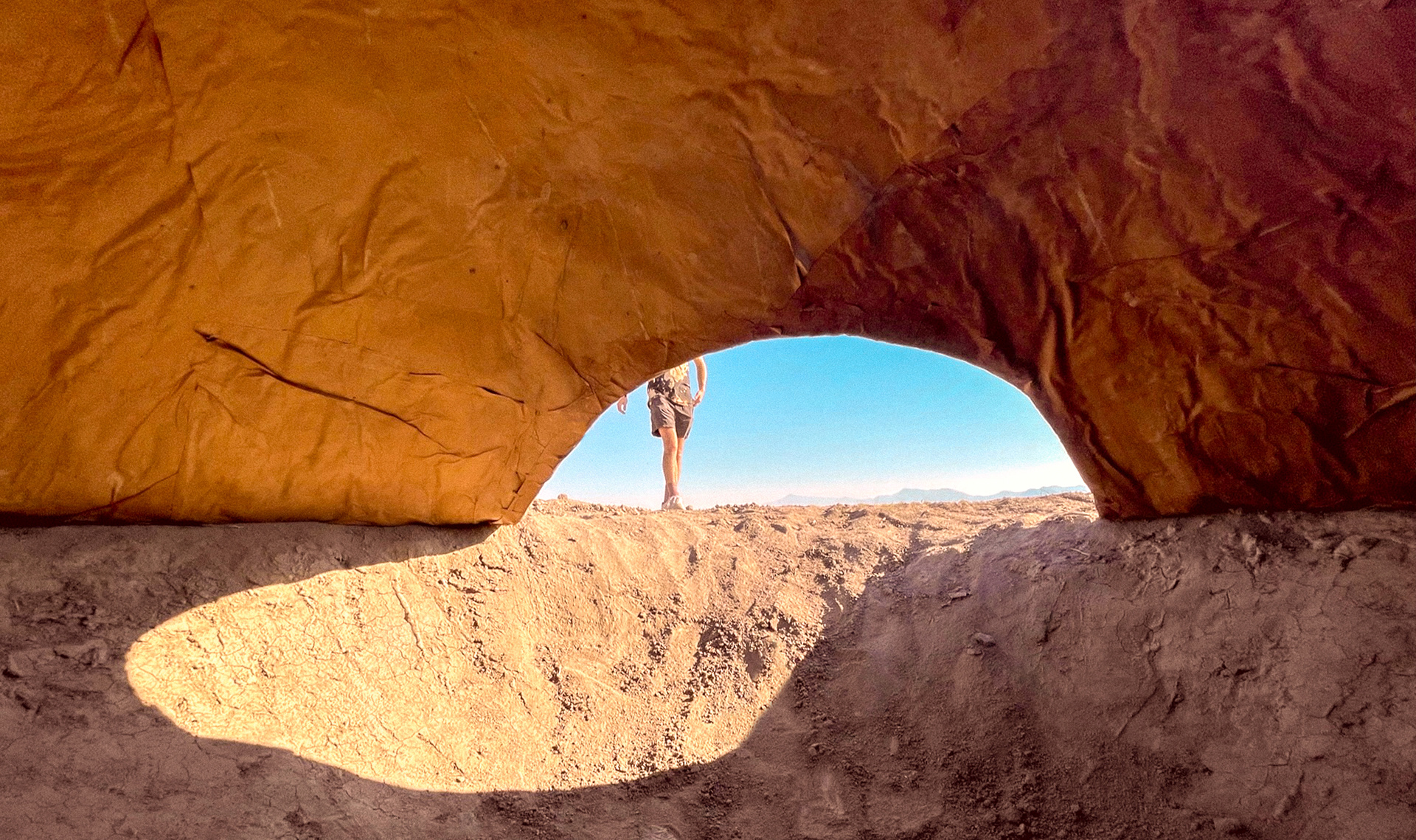 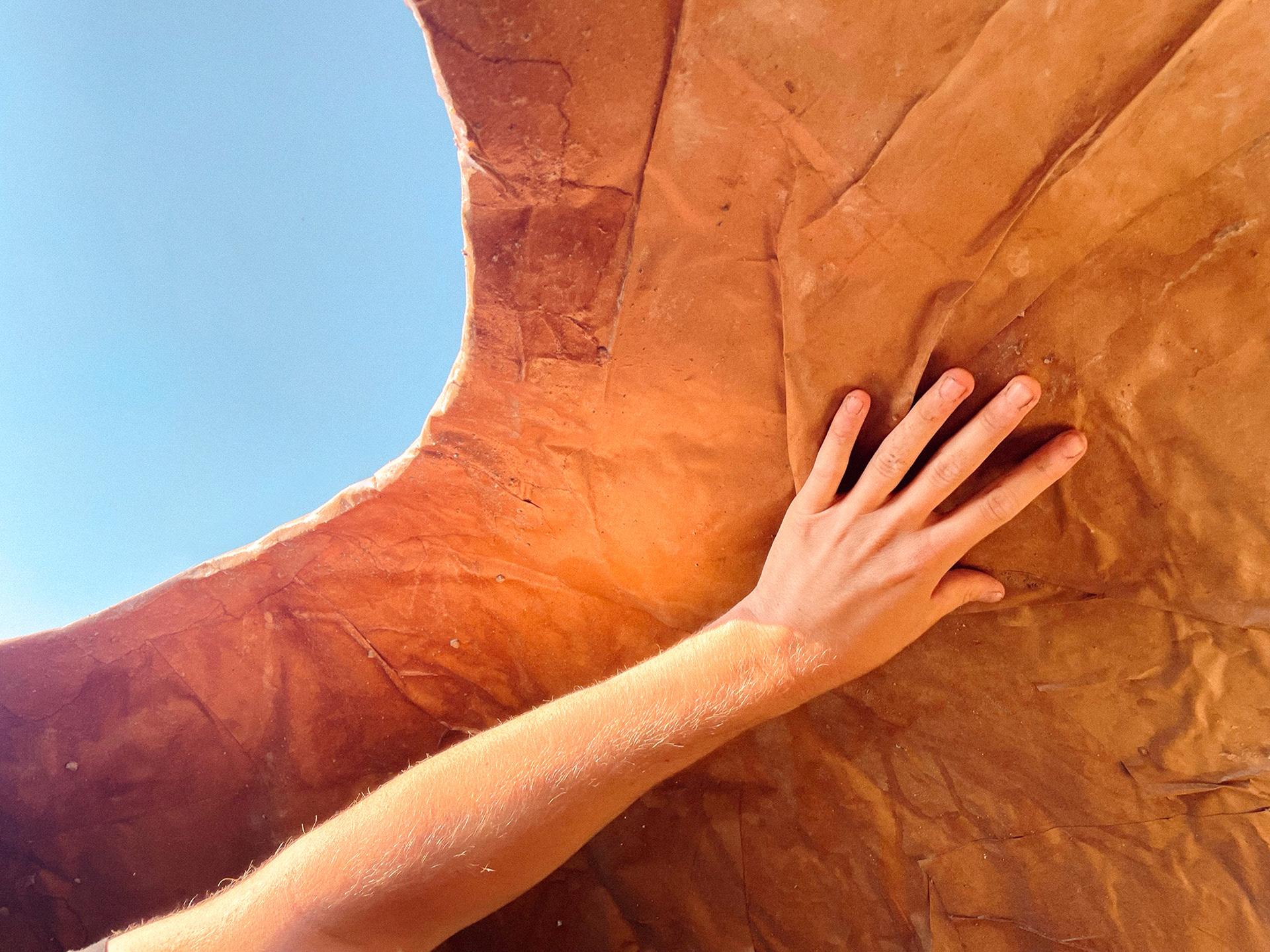 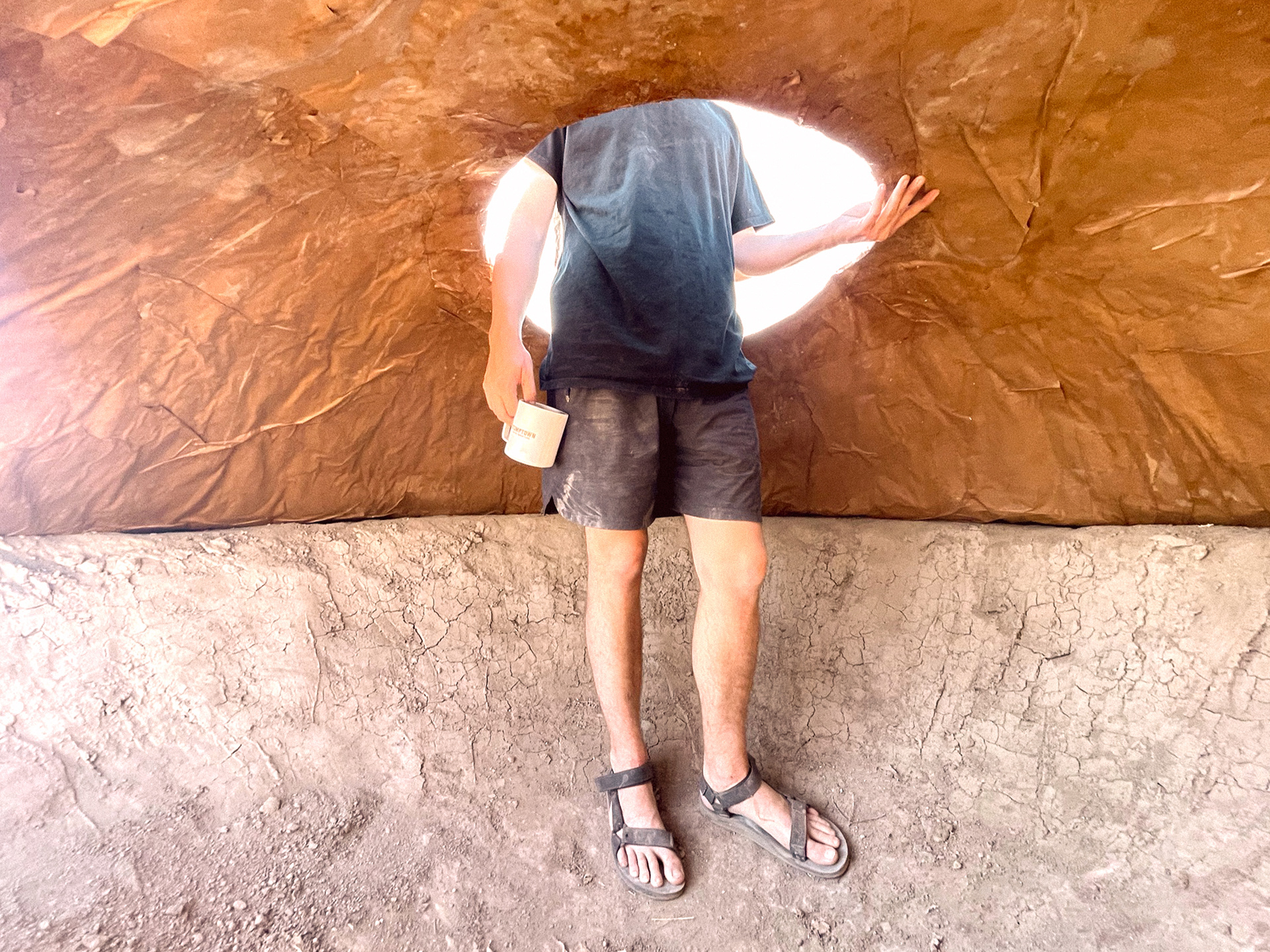 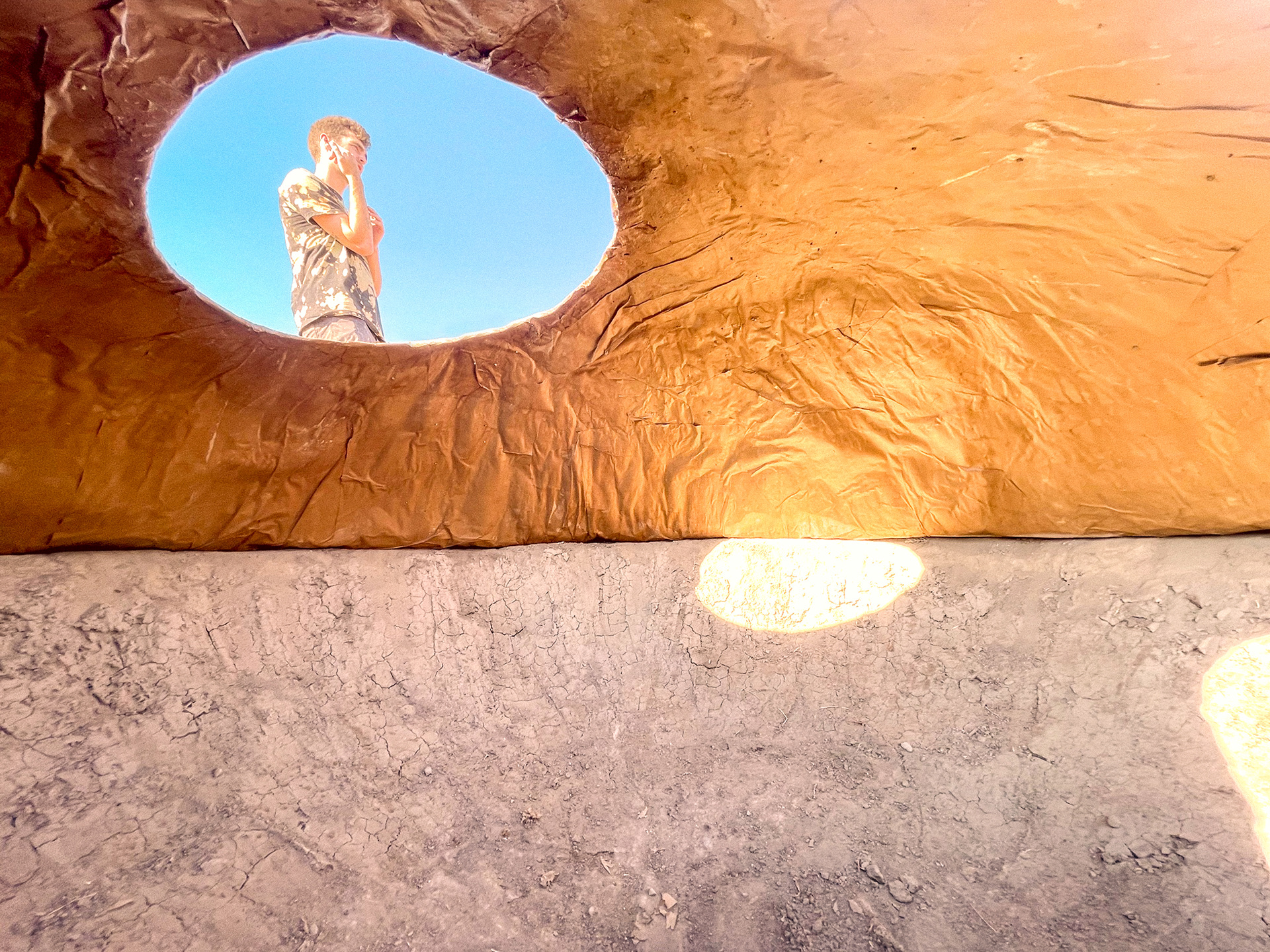 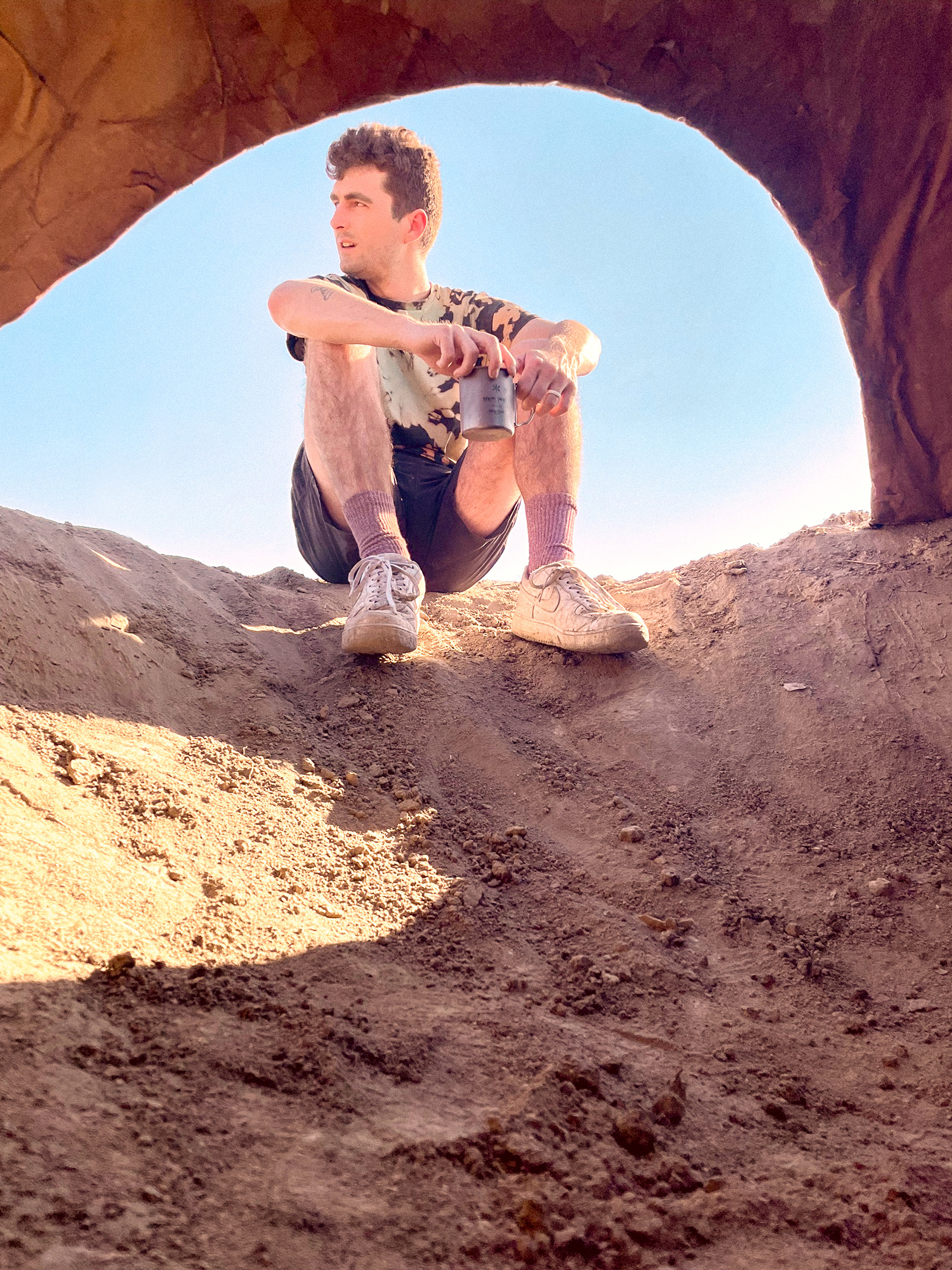 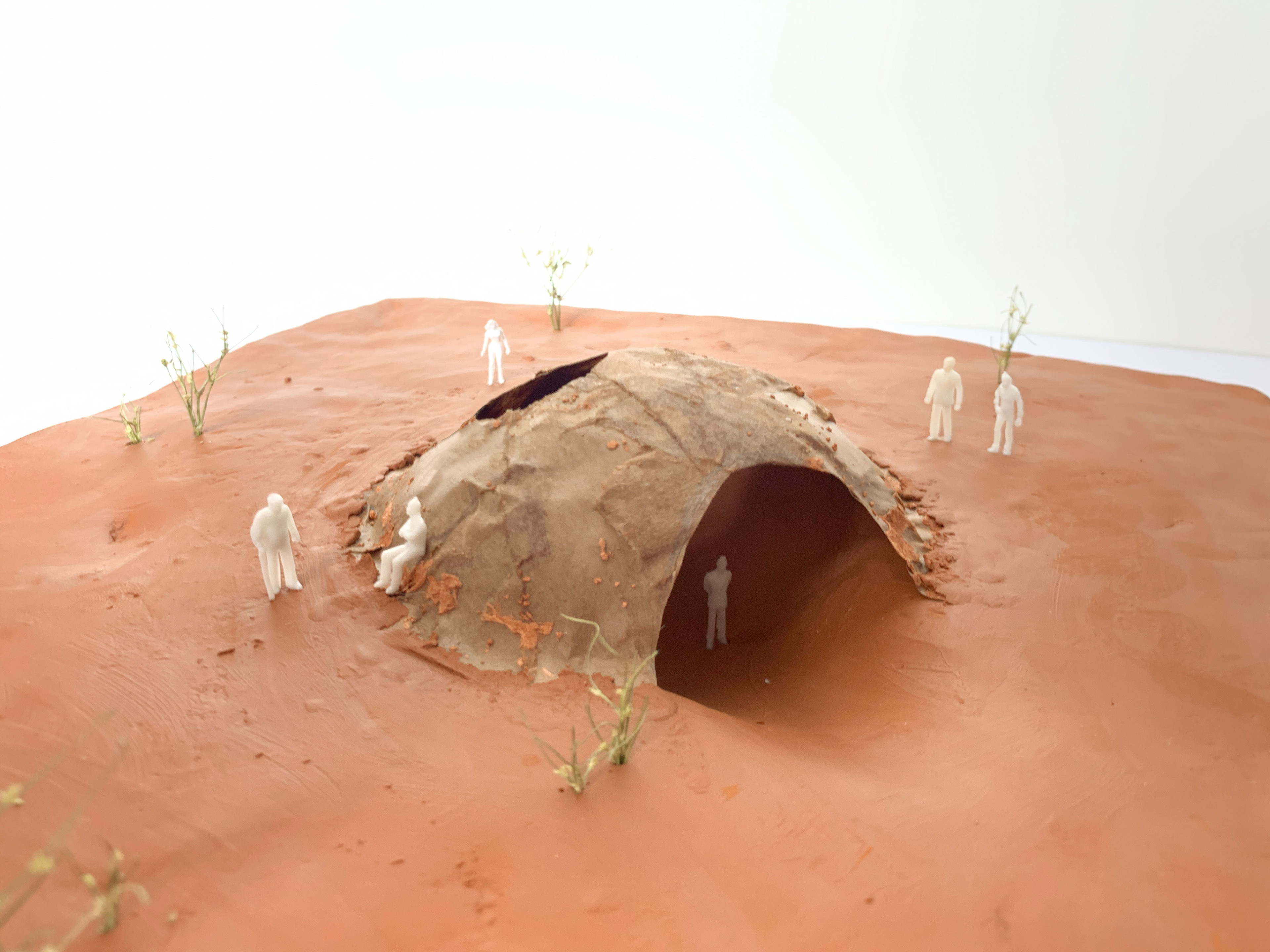 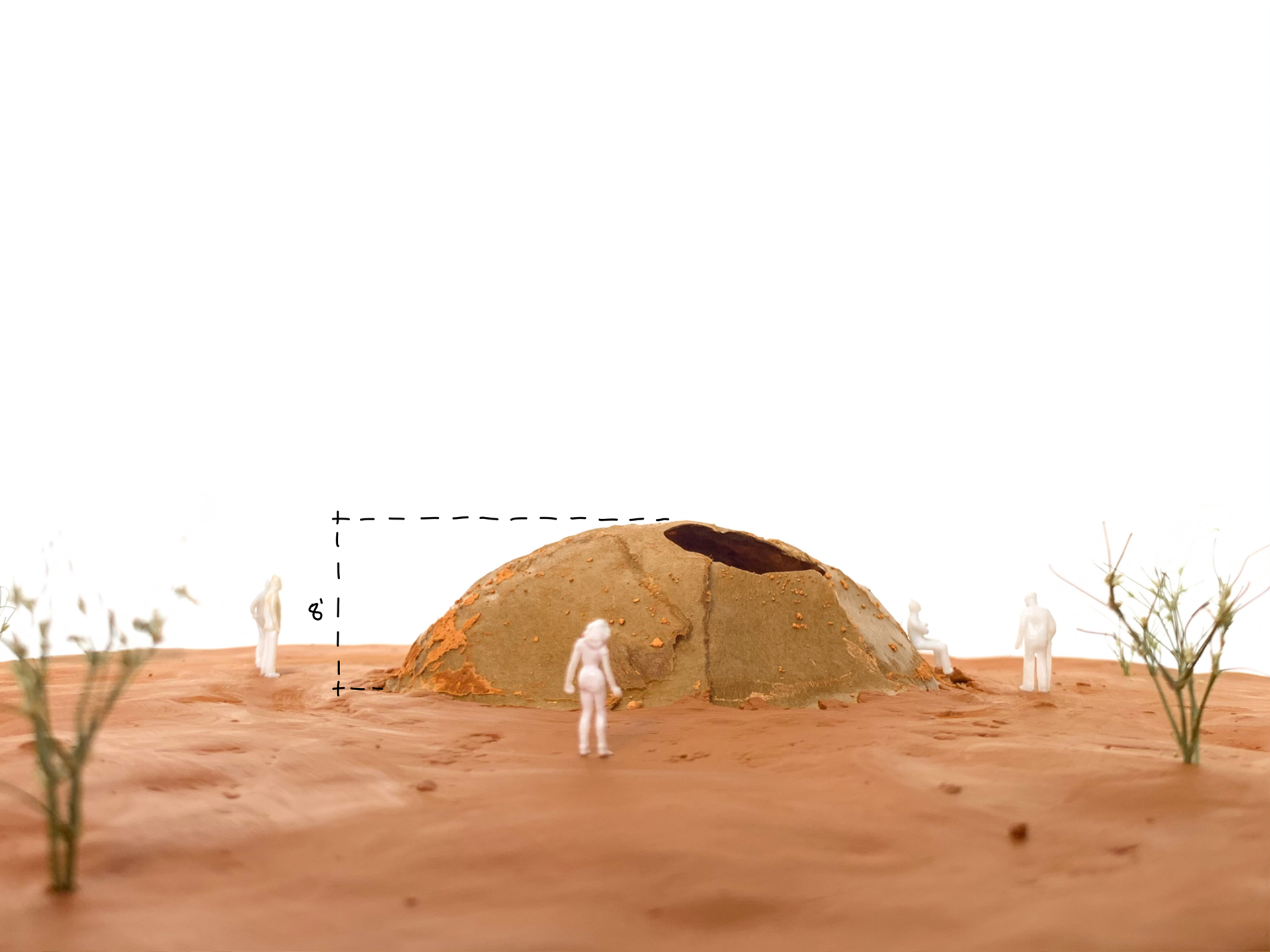 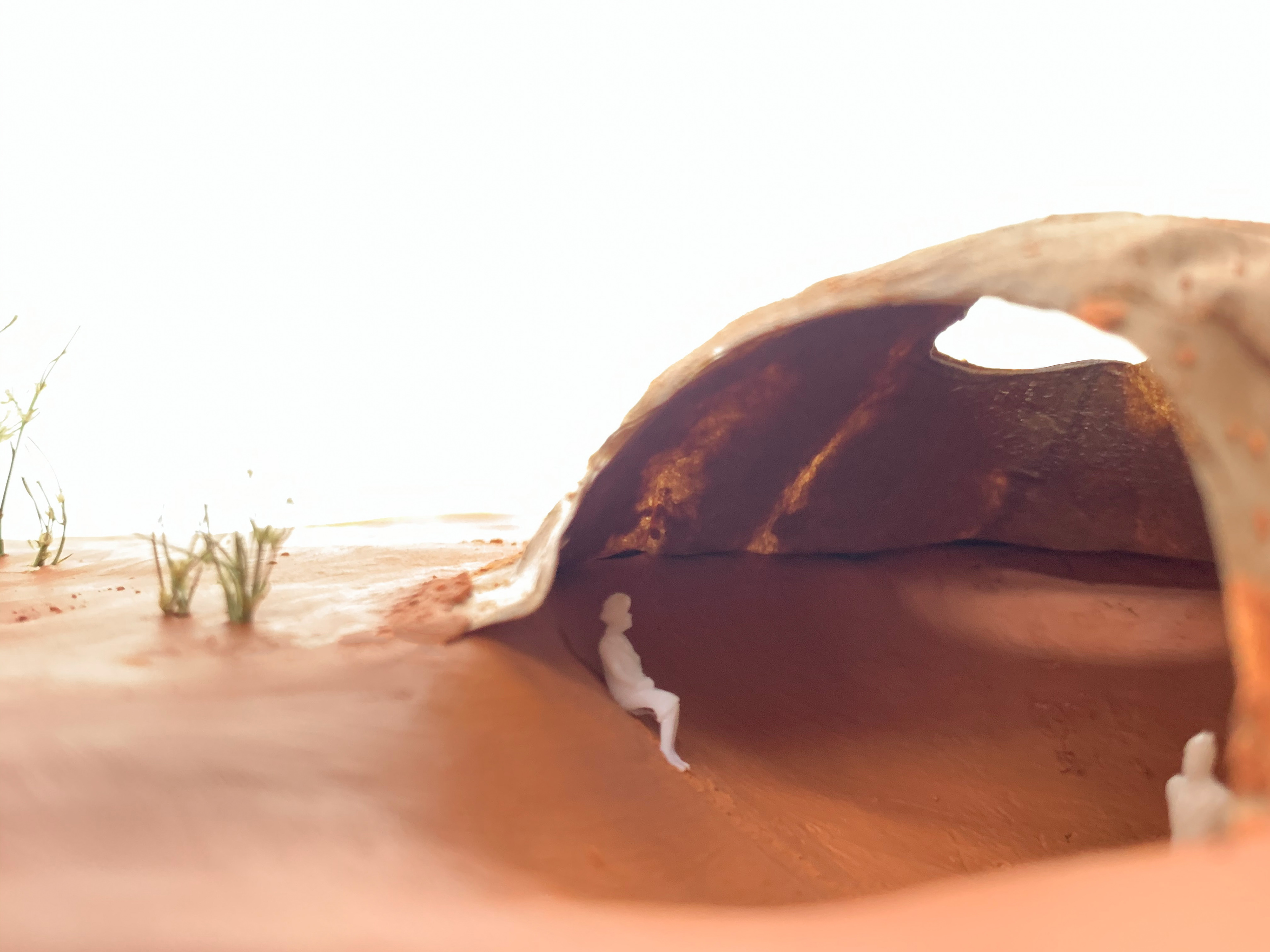